How I Discovered the Art of Entrepreneurship 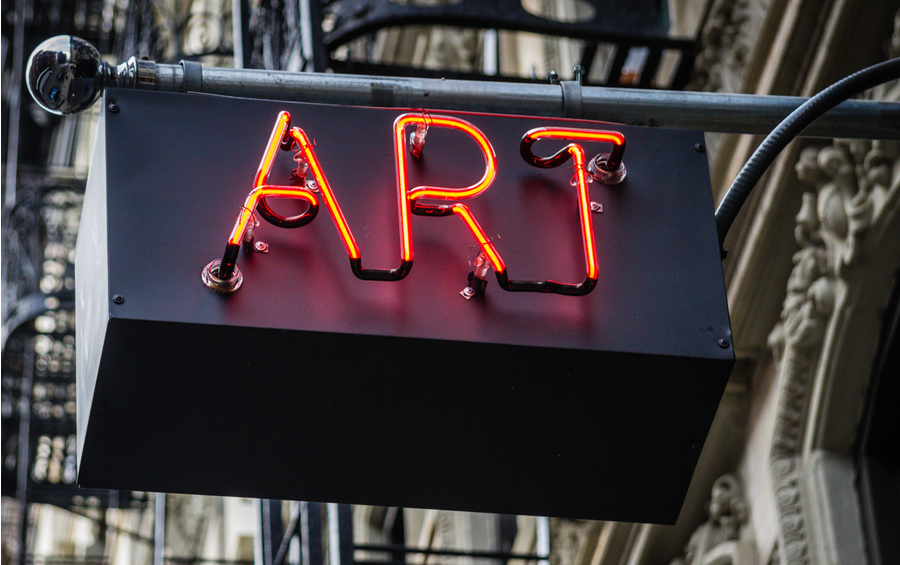 In 2004 a casual acquaintance made an audacious statement to me.

A music producer with a chinstrap beard that was way ahead of its time, Dave was the father of one of my daughter’s friends. I was chatting with him by the school gates and fretting about my upcoming move away from London, where I had a fun job at a cool magazine, back to my hometown Vancouver, where there were virtually no print media jobs. How would I find work as an editor? He flapped his hand at me. “You’ll be fine! You’ll do something cool and entrepreneurial.”

His words hit me like a sharp smack on the rump; startling and presumptuous. Where does this hipster dad get off dismissing my employment concerns on the grounds that I’m going to do something “cool and entrepreneurial”?!

His remark really got under my skin. You’ve got me all wrong, Dave! I’m not interested in business. I’m creative. For one thing, I hate doing things I don’t want to do, and as far as I could tell, businesspeople have to do a lot of things that I wouldn’t ever want to do, like wearing conservative clothes and pretending not to have emotions. They have to value money more than people. They have to be ruthlessly competitive. They have to be utterly obsessed, neglecting their health and their families in order to get ahead. They have to “eat stress for breakfast!” I wouldn’t want to care that much about anything, let alone a line of t-shirts / pasta sauces / dog grooming services.

Furthermore, Dave, if I were to live my life fixated on one narrow obsession, it would have to be something meaningful. It would have to be art! Artists are obsessed with their work too, but that’s different. Workaholic entrepreneurs were delusional slaves in a prison of their own making, but artists who lock themselves in their studios for weeks on end were my heroes.

I have wanted all my life to make meaningful art.

What better purpose could my life have than to touch the mind of another human being in a way that makes us both feel less alone? I had so much to say, and there were so many ways to say it. Films, music, painting, conceptual art, fashion, literary fiction, dance, theater… It was all so inspiring — and also paralyzing.

Trouble was, I couldn’t seem to muster the attention span necessary to master any particular art form, although I dabbled in them all. I’d had an on-screen film and television career in my teens and early 20s, but I didn’t love acting enough to, say, do non-equity theater. I liked painting, but was lazy about dragging out my brushes or my sketchbook. Pattern cutting courses. Piano lessons. Life drawing classes. Jewelry design. Sure, I was interested. But not obsessed.

I clearly wasn’t going to cut it as any kind of artist, so I figured I’d better just get a damn job so I could pay my bills. So that’s what I did. In fact, I managed to snag a damned good job, as Arts and Lifestyles editor for the Vancouver Sun newspaper. I threw myself into my career as a mid-level manager in mainstream media, covering the arts instead of contributing to them. But Dave’s prediction must have planted a seed. Ten years after that fateful conversation outside Fox Primary School, I did indeed do something cool and entrepreneurial.

The Birth of a Business

The newsroom was downsizing for the fifth time in eight years, and I wanted out. I was leaving what I considered to be the best editorial job in town, so there were no more rungs left to climb on that particular ladder. That’s when it became clear: if I wanted exciting new career opportunities, I was going to have to create them myself.

And so in 2013 I left the paper to found LifeTree Media, a hybrid book publishing company specializing in nonfiction books that help, heal and inspire. In the three years we’ve been in business we have published eleven books, and I am proud of every one. I am exhilarated by the challenges of running my own company, and by the freedom and responsibility that come with it. So it turns out that Dave was right, but what’s more important is that I was so, so wrong. Wrong about what it takes to be an entrepreneur. Wrong about my own suitability for the task. Most of all, I was wrong about the difference between business and art.

Right after making the leap from secure employment into the uncertainty of an early-stage startup, I sat down and made a very long to-do list. It included fun, creative things like choose a name, have a logo designed, and write website copy. It included philosophical things like define our brand values and write a mission statement. And of course there were practical things: set up accounts, brush up on Excel, learn some bookkeeping fundamentals.

My workload was heavy but I felt light as air because, much to my surprise, I found every one of these tasks intensely absorbing. I spent hours on the weekend building a colour-coded project budget spreadsheet. I wrote sales kits for our service packages. If I woke up in the middle of the night unable to sleep, I was delighted to have a few extra hours to browse the internet for cool fonts. I even spent Mothers Day creating a brand guide, because that’s how I most wanted to indulge myself on my special day.

Somewhere in the midst of all this, I was hit by a pair of realizations.

I was officially obsessed — and loving it. Obsession, I discovered, isn’t draining, it’s energizing. It’s like a perpetual motion machine. The more I learned, the more I wanted to find out. The more systems and tools I created, the more excited I became as I watched the business take shape. And this triggered:

In my youthful ignorance, I had thought of business strictly as a soulless money-making exercise. And of course, it can be that for some people. It’s absolutely true in that every company’s business model must be designed to turn a profit, or it can’t survive. But that’s just what the business does. None of that describes what it is. What my business is, I discovered, is a vehicle for my personal self-expression and a tool with which I can make an impact on the world around me. It is the manifestation of my life purpose in action.

In other words, my business is an art project.

Business is My Creative Medium

Just like an artist, I get to decide what my company looks, sounds and feels like. What kind of people it’s for, and how it should affect them. What it stands for, and how it gets its point across. And I do this using every piece of me: my skills, talent, aesthetic sensibility, intuition and guts. Just like making a film, building a business is terrifying at times. I can’t completely control how it will turn out, or be sure that anybody will “get it”. Like a painting or a song, it’s highly revealing; I must stand behind it, but I can’t hide behind it. And it is intensely creative. In fact, it is the most creative, complex, exciting, bold, multi-faceted and dynamic art project I’ve ever made.

Above all, it is mine, all mine.

Nobody forced me to start my own business, just like no one forced me to draw in my sketchbook. But unlike the visual art I never made, this business demanded that I breathe it into being.

By answering its call, I unblocked my own personal channel to universal source energy; the same energy that inspires the painters and poets. What is creativity, after all, but the power to make the imaginary real? I have chiselled this company out of a lump of raw potential and watched in fascination as its features emerged under my hand. Looking back on my years as a frustrated failed artist, I see that my problem wasn’t laziness or lack of talent; it’s just that I was trying to work in the wrong medium.

At long last, I am making the art that only I can make. LifeTree Media generates meaning in my life as well as money, and the further along this path I go, the more certain I am that I am in the right place, doing the right thing. My business is a living expression of the things I care most about, and the instrument with which I will leave my mark on this world. And that’s just about the best definition of art that I can imagine.

Founder and Publisher, LifeTree Media
Maggie Langrick is the President and Publisher at LifeTree Media, a publishing company specializing in nonfiction books and ebooks that help, heal and inspire. Before founding LifeTree in 2013, Maggie was Arts and Life editor for the Vancouver Sun newspaper. In June 2016 she was shortlisted for the Tom Fairley Award for Editorial Excellence, Canada's only national peer-reviewed editing prize, for her work on Shell, by Michelle Stewart. She is the author of the forthcoming book Bold, Deep and High: How to Write Your Best Book. Maggie calls herself "an optimistic cheerleader for the human race", and thrives on a balanced diet of yoga and ribald humour.

I'm an erratic blogger so I can't promise there will be a new post every Tuesday, or anything like that. If you like what you've read here and you don't want to miss a post, put your name down here and I'll email you a roundup of my best new stuff about once a month. My name is Maggie, and I like to talk. A lot. My friends have heard all of my theories and prognostications (more than once) yet it seems I'm still not done talking about them. Writing is how I figure stuff out, so I've made this blog a place where I can yarn on all I want about creativity, life, the universe, what makes people tick, and other essential matters.
about maggie >>

my best day job ever

I'm the founder and publisher at LifeTree Media, a hybrid publishing company specializing in books that help, heal and inspire.

Sign up to get cool stuff straight to your inbox every month.